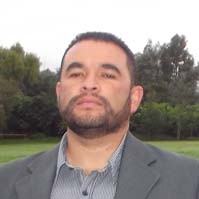 The study aimed to investigate physiological and psychological states prior to competition and prior to training in three different demanding activities. Eighteen canoe athletes, 18 street runners and 18 jiu-jitsu fighters were included in this study (n=54). The Competitive State Anxiety Inventory-2 (CSAI-2), salivary cortisol and heart rate variability (HRV) were measured at two time points (pre-training and pre-competition). Somatic anxiety (F1,42 = 15.29, p = 0.0003), HRV (F1,42 = 23.24, p < 0.0001) and salivary cortisol (F1,42 = 22.96, p < 0.0001) were significantly greater at the pre-competition measurement point than at the pre-training point, but without a main effect of the type of athlete on these variables. A main effect of the type of athlete was found on somatic anxiety (F2,42 = 6.58, p = 0.0033), cognitive anxiety (F2,42 = 10.69, p = 0.0002) and self-confidence (F2,42 = 5.42, p = 0.0080). Correlations between most CSAI-2 and physiological parameters were not significant (p > 0.05). In conclusion, the results indicated that both emotional indices and psychophysiological indices of stress are higher before competition than before training, with differences between emotional states between these sports. Although correlations between emotional states and psycho-physiological states before competition and before training were largely non significant, these findings reinforce the importance of psychological monitoring of athletes in association with traditional physiological markers such as cortisol and HRV in sportive training programmes as complementary resources to improve both competition performance and the training routine.